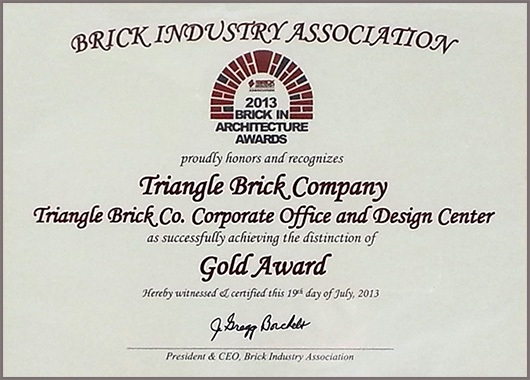 The Brick Awards are conducted and co-sponsored by the Brick Industry Association Southeast Region in partnership with the North Carolina Chapter of the American Institutes of Architects. The 2013 Brick Awards will recognize design achievements by North Carolina based architectural firms. The purpose of the competition is to honor and promote exemplary architectural design when clay brick is used as a predominant building material. The skill and creativeness of the architect or architectural firm and their use of brick was the primary criterion for judging.

“We at Triangle Brick Company are very proud to call our Corporate Headquarters home and most importantly, we enjoy opening our home to colleagues and industry partners as a space of their own to learn, dream, and design with brick. And it goes without saying, we are also very thankful for the continued support of the Brick Industry Southeast Region”, Howard Brown, Triangle Brick President and CEO. 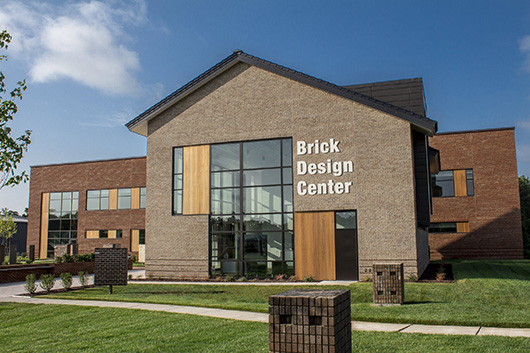 “AIA North Carolina Architects continue to be recognized regionally and nationally for exceptional design expertise, and this year was no exception. Each year we celebrate the achievements of architects across the state. Again we recognize a select group of diverse projects that distinguish themselves both in response and beauty” Roger Leeson, 2013 President, AIA North Carolina.

For more information about Triangle Brick Company, please visit trianglebrick.com or stop by Monday thru Friday from 8am to 5pm for a personal tour.